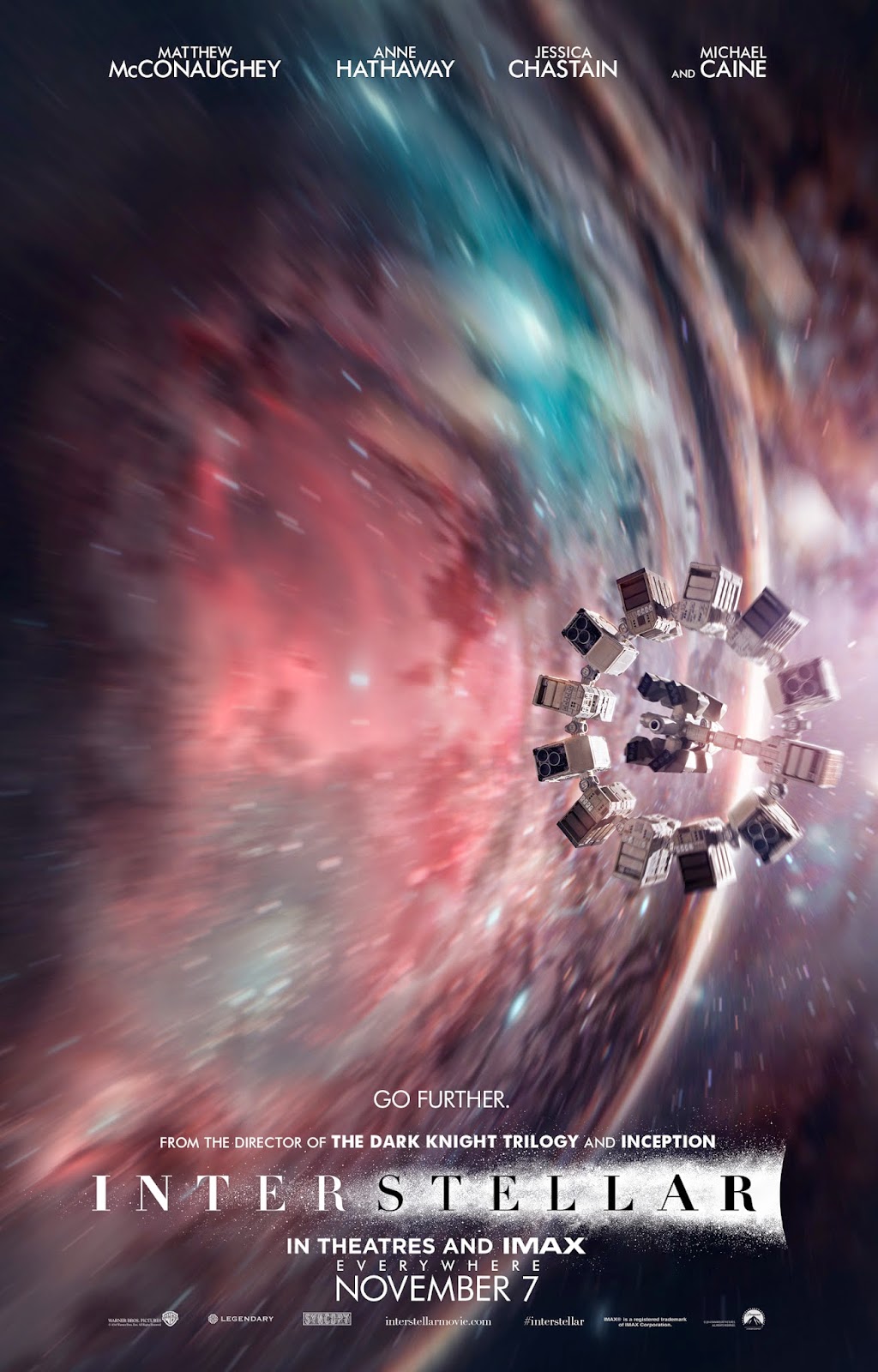 Wow. I continue to be in awe of the grandeur and ambition of Christopher Nolan's (and his brother's) vision and their ability to bring it to the screen in epic style. For me, Inception was impressive but ultimately unsatisfying. Interstellar is just as impressive if not more so, but with a stronger emotional core than catapults it into the highest echelons of cinema.

The film starts slowly, on a farm struggling to survive in a world suffering from lethal dust storms and chronic food shortages, and then shifts gear (almost too quickly) into SPACE! But out of the nearly three-hour running time of this film, I reckon I spent a good hour on the edge of my seat with tension and emotional tumult, to the point where I found myself trembling and exhausted - but desperately wishing for another hour to allow the story to play out. When we finally left the cinema it took me a good ten minutes to decompress before I could string a sentence together.

So, yes, I think it's brilliant. Clearly inspired by 2001: A Space Odyssey, but also a better adaptation of Joe Haldeman's The Forever War than any adaptation of Joe Haldeman's The Forever War would have been. The representation of space as stark, brutal and indifferent to human emotion; the rigorous hard science fiction; and the unexpected, uplifting twists of hope that burned the story into my heart.
Posted by Charlie Fish at 11:25 am